Craftsman home plans, also known as Arts and Crafts Style homes, are known for their beautifully and naturally crafted look. Craftsman house designs typically use multiple exterior finishes such as cedar shakes, stone and shiplap siding. If you're looking for a plan that prioritizes natural craftsmanship, a craftsman house plan may be the right match for you. 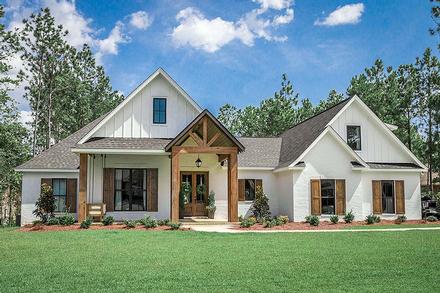 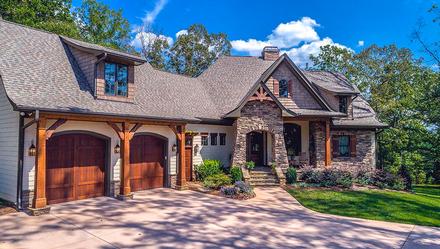 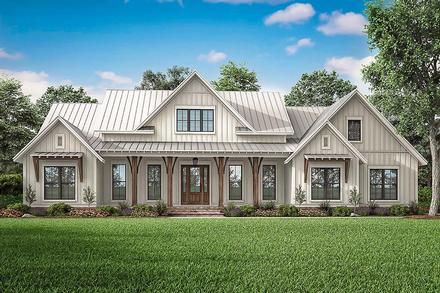 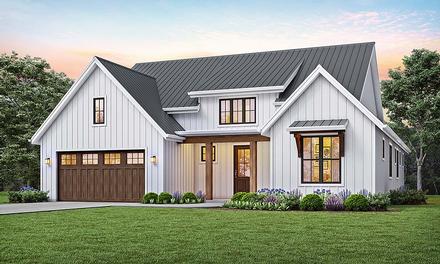 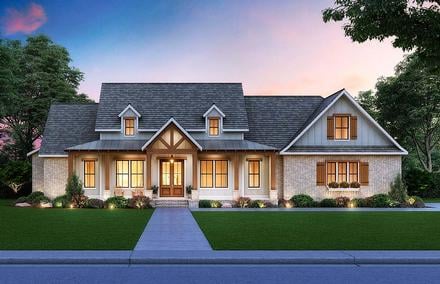 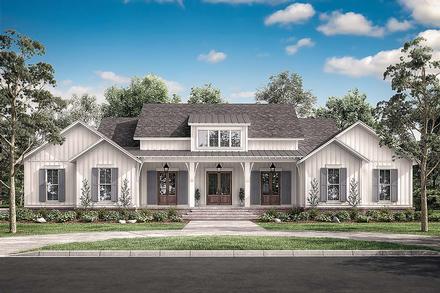 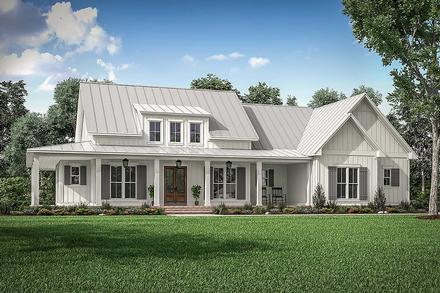 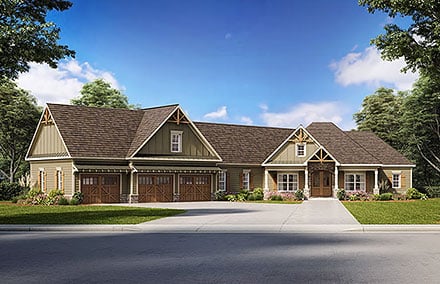 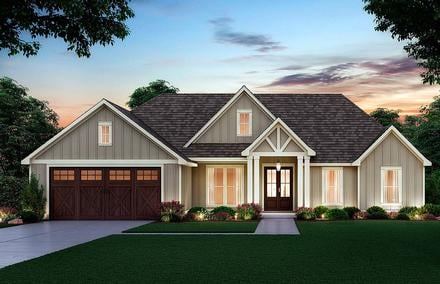 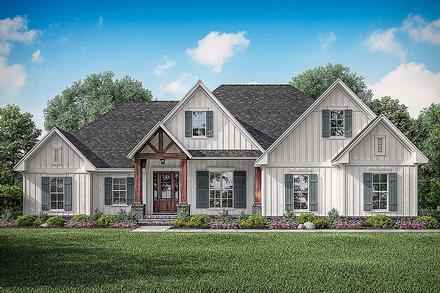 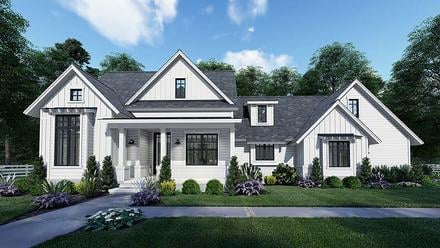 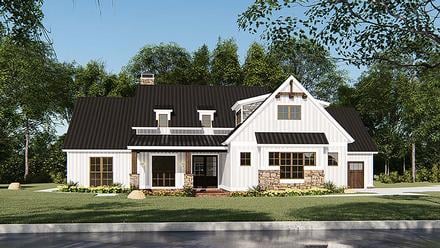 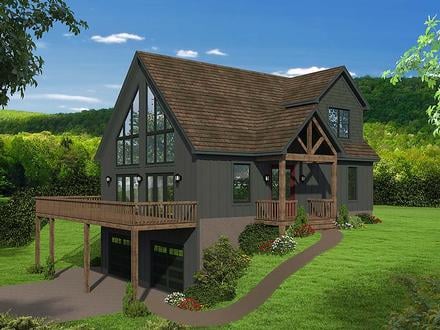 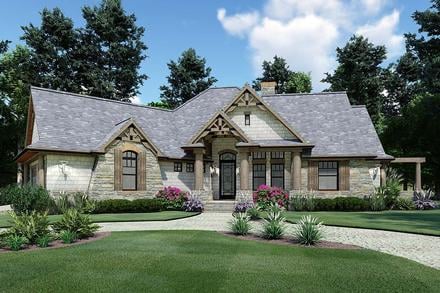 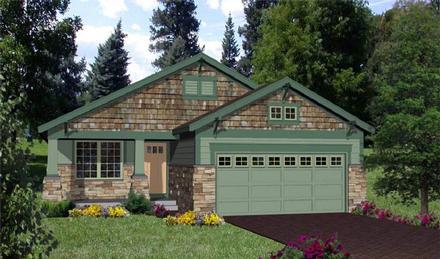 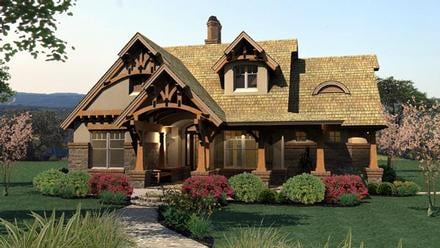 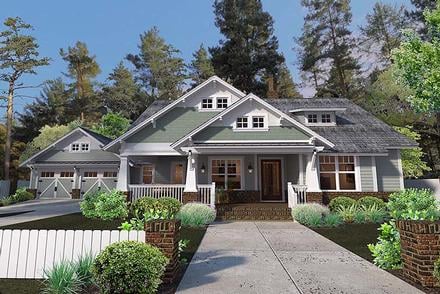 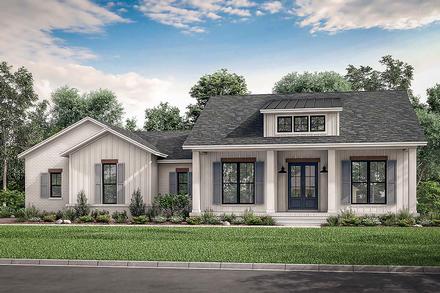 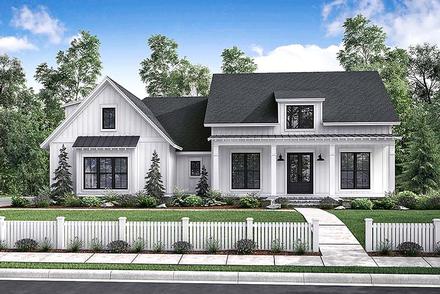 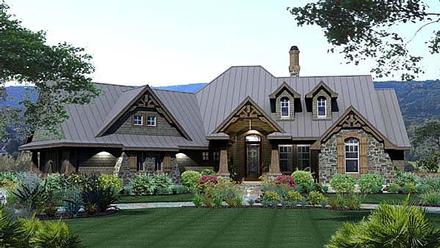 If you find the exact same plan featured on a competitor's web site at a lower price, advertised OR special SALE price, we will beat the competitor's price by 5% of the total, not just 5% of the difference! To take advantage of our guarantee, please call us at 800-482-0464 or email us the website and plan number when you are ready to order. Our guarantee extends up to 4 weeks after your purchase, so you know you can buy now with confidence.

As you search for a craftsman house plan that's right for you and your family, it's good to think about how the unique craftsman features fit with your wants and needs. Here are some features and factors to consider:

If these features are important to you and your family, then a craftsman house plan may be a great fit for you.

There are four different types of craftsman homes:

When you work with us at Family Home Plans, you can rest assured that you will receive:

Family Home Plans has a large collection of house plan designs for you to choose from. Search our plans to find the craftsman home of your dreams!

What Makes a House a Craftsman?

Craftsman homes are one of the most popular styles in America you've probably walked past plenty and not known what they were. These charming designs include functional features designed for the hardworking family. Natural tones and materials are popular choices for them.

The Craftsman home was popular throughout America and Europe, with a few different styles to complement various areas. Inspirations from Asia to Spain found their way into the Craftsman home. It remains a favorite choice of many, for its simplicity and functionality.

In today's post, we'll go over the Craftsman house characteristics, the history of the design and the different Craftsman-style house plans that are out there.

What Does the Interior of a Craftsman Home Look Like?

Inside of a Craftsman home, you're sure to find a cozy, charming interior. These are comfortable spaces that will make you feel at home. They are warm and inviting, the perfect place to prop your feet up by the fireplace and read a book or spend quality time with family and friends. Their features are purposeful and built into a modestly-sized space.

What Are the Exterior Characteristics of a Craftsman Home?

The exterior of a Craftsman-style home can be just as charming as the inside. From the curb, it is often quite flat, with a horizontal effect.

These homes typically have a low-pitched roof, in a hip or triangular style, with eaves extending past the roof edges. The rafters and the triangles that support the eaves are likely to be exposed underneath, as well. Many features offer a very transparent design, celebrating the simple, clean infrastructure.

As for the windows, many Craftsman homes use dormers. Traditionally, they used a single, centered dormer with several windows, but now a variety of configurations are available. Windows may be double hanging, with separate panes of glass on the top and bottom portions.

The doors typically have partial panes under the upper third and are enclosed in a covered front porch. On the outside of the porch, tapered pillars are common, often with a broad base that grows smaller toward the top.

The exterior colors often complement the surrounding landscape. Natural colors that are muted and earthy are common, including greens, browns and tans. Depending on the nearby scenery, these can vary, of course. A house surrounded by lush greenery will need different colors than one with a rock garden. Some options for exterior materials include:

Again, some areas tend to gravitate toward different materials based on availability and environment.

What Is the History of the Craftsman House?

Back in the 19th century, the Victorian style was still in full swing throughout Britain. Victorian homes celebrated extravagance and excess. With styles like the Queen Anne and Gothic Revival, Victorian houses enjoyed complex architecture and designs built with a variety of materials. They were constructed during Queen Victoria's reign and pushed along by the Industrial Revolution, which made manufactured supplies easier to come by.

The Arts and Crafts movement came to fruition at the start of the 20th century. It represented humble, honest craftsmanship and rejected much of the Victorian style, including mass-produced features that came along with the industrial revolution. Hand-crafted structures were more appreciated, as a symbol of genuine work. The movement also rejected overly ornate or artificial designs.

Arts and Crafts praised function over form, maintaining that the use of the item in this case, the home is more important than the decoration. The rise of the working class created an admonishment of impractical designs. Houses were crafted with this principle in mind throughout Britain, featuring attractive, proportional forms and natural materials. Several villages in the country are known for buildings that used the architecture of the Arts and Crafts movement.

As for America, it is no surprise that a style based on honest work and simplicity took off. There are a couple of routes that helped bring the Craftsman home to the Western hemisphere. The broader Arts and Crafts movement went on display during an exhibition in Boston. This exhibition included over 400 pieces of art and was intended to bring the movement to America.

More specifically, for the Craftsman style, a furniture designer named Gustav Stickley is often credited with its introduction to the western hemisphere. He created a magazine called "The Craftsman" in New York, offering blueprints and plans for a variety of home designs. Names like Harvey Ellis and Greene and Greene adorned the pages. His idea was to bring this approach to the masses, and he originated the Craftsman style.

A large part of the push for functional homes for families was the decline of servants. As the Old World ideologies faded away and class distinctions were less prevalent, inferior servants' quarters fell out of the traditional model of the home. The housewife became a more critical part of day-to-day life. She would clean the house, prepare the meals and take care of the kids. A home that allowed her to see the kids from the kitchen was a great benefit. Also, the kitchen became more of a hub a cozy hearth for the whole family so things like breakfast nooks became popular in kitchens as areas for everyone to gather while food was prepared.

Why Has the Craftsman Home Remained Popular?

These homes are still popular for a variety of reasons, including their charm and their functionality. People appreciate the down-to-earth approach of a house that successfully addresses their needs. The built-in storage and convenient floor plans make it perfect for busy parents, and the homey feel makes it an excellent place for gathering. It's easy to imagine opening holiday presents in the family room or seeing a child grow up in this kind of home. Their smaller size makes them more affordable and easy to care for as well.

The Craftsman house includes timeless designs that haven't gone out of style. A well-built Craftsman home will look beautiful for ages. Its simplicity helps with that goal. Simple lines, even proportions and the celebration of natural materials are all attractive elements that don't look outdated in the least.

These homes are also built to last. Sturdy, straightforward design plans and eco-friendly building materials allow for a reliable space that is sure to weather the elements and stick around. They may also use less energy to keep your home warm since the materials tend to be items like stone and wood.

Craftsman homes are also versatile. They've been built with the help of influences from Japan, India and Spain, and modern Craftsman house plans can incorporate gardens or attached garages, among a variety of contemporary amenities. A homeowner isn't limited to the original Craftsman house plans of yesteryear. Modern additions can work well if you keep in mind what makes a Craftsman house a Craftsman. Removing the cozy atmosphere or the beautiful natural materials could make it lose some of its charms, but keeping in line with the tenets of the Craftsman style can allow you to make a variety of modifications that fit your needs.

Many renowned architects worked with this style, contributing to its popularity. Some of the most famous architects of Craftsman homes include Greene and Greene, Frank Lloyd Wright and Bernard Maybeck. Greene and Greene added several Craftsman homes to Pasadena and other parts of California, while Frank Lloyd Wright developed the Prairie School style over in the midwest. Many parts of the Chicagoland areas feature these designs. It didn't end there, though. The Craftsman home found its way all across the continent and into many other countries.

What Are the Different Craftsman Styles?

While some of the previously mentioned features characterize the Craftsman style, there are several subcategories, each with their distinct influences and traits.

Designers/Architects that are interested in marketing their plans with us, please fill out this form